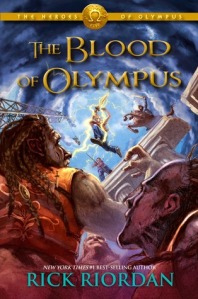 The Blood of Olympus

Though the Greek and Roman crewmembers of the Argo II have made progress in their many quests, they still seem no closer to defeating the earth mother, Gaea. Her giants have risen—all of them—and they’re stronger than ever. They must be stopped before the Feast of Spes, when Gaea plans to have two demigods sacrificed in Athens. She needs their blood—the blood of Olympus—in order to wake.

The demigods are having more frequent visions of a terrible battle at Camp Half-Blood. The Roman legion from Camp Jupiter, led by Octavian, is almost within striking distance. Though it is tempting to take the Athena Parthenos to Athens to use as a secret weapon, the friends know that the huge statue belongs back on Long Island, where it “might” be able to stop a war between the two camps.

The Athena Parthenos will go west; the Argo II will go east. The gods, still suffering from multiple personality disorder, are useless. How can a handful of young demigods hope to persevere against Gaea’s army of powerful giants? As dangerous as it is to head to Athens, they have no other option. They have sacrificed too much already. And if Gaea wakes, it is game over.

The last book! Eek! I was both dreading and eagerly awaiting it. Honestly, I have to say, I was a bit disappointed but I’ll get to that. This unfortunately took me 2 weeks to read because I’ve been overwhelmed with homework and getting things ready for the baby. So maybe that was part of the problem, I wasn’t able to get swept up in it.

Anyway our heroes are split into separate quests. Reyna, Nico, and Coach Hedge are trying to make it back to Camp Half-Blood with the Athena statue before Octavian and the Romans attack. They are using Nico’s shadow jumping power to travel the world as quickly as possible.

The rest of the crew, Jason, Piper, Hazel, Frank, Percy, Annabeth, and Leo are headed deeper into the east, where Gaea and her army awaits them. They are all, of course, faced with many challenges from Gaea, crazy Gods and Goddesses, vengeful giants, and violent ghosts.

Our heroes are also faced with personal issues, they have to fight the demons of their past and make difficult choices for their futures.

I feel like I can’t get too into the plot of the book because that would be spoiling and I’m not going to spoil the last book of such an epic series! But we do get Reyna POV/backstory (!!!) and NICO POV (!!!!!!!!!!) My sweet, sweet Nico.

Here’s what I didn’t like. There was a lot of things brought up that had no answers (like Jason and the glasses thing. Random? Or maybe I just missed the meaning behind it?) and I felt like a lot of things mentioned in previous books were forgotten about.

There is no Percy POV, which I get because this series didn’t start with him so it’s fitting it doesn’t end with him. But I felt like there wasn’t enough Percy at all. Or Annabeth. But the addition of hearing things from Nico’s POV made up for a lack of my Percy.

Also, the big fight? The one this whole series has been leading up to? Completely anti-climactic. It was only a few pages and not descriptive at all. So I was pretty disappointed by that.

Overall though? I guess I’m satisfied with the ending. It was a nice ending to the series. 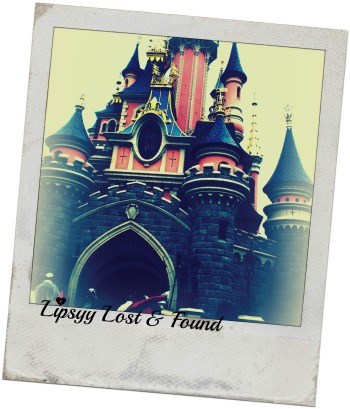