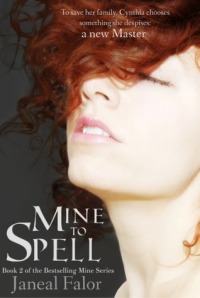 Cynthia has always hidden from her father’s hexes behind her older sister. When her family gains independence unheard of for women, she’s relieved that her days of harsh punishments are over. But as her seventeenth birthday approaches—the typical age to be sold to a new master—death threats endanger her sisters. She now faces two options: run or meet society’s expectations.

For once, Cynthia isn’t going to let her older sister shield her from the problem. She’s going to prove to herself, her sisters, and society that her family isn’t a threat to their traditions. She willingly chooses to be purchased by a new master. A bold step that takes her somewhere she never thought she would go and to a man she might possibly fall in love with. With his help, she may just find a way to save her sisters while discovering how to stand up for herself. If she lives long enough.

I received a digital copy of this book for free from the author in exchange for a fair review.

This review will contain spoilers for the first book in the series, You Are Mine.

While I liked Serena well enough in the last book, I enjoyed Cynthia much more. Mostly because she’s much more headstrong and determined, AND she actually uses magic!

The last book left us off with Zade giving Serena her freedom, meaning she has no owner and she becomes the “owner” for her family. She’s the only woman in Chardonia to have freedom and it hasn’t gone over well in the community. The men of the country are not happy.

Cynthia chooses to be sold to try and stop the threats against her family. She gets paired with a total jerk that tries to take the magic from her blood. He’s a weak warlock and she ends up hexing him to gain her freedom, like Serena.

While this works, it causes a whole new mess of problems that puts her family in even more danger. She even goes to fair as to enter the tournament. She wants to show women that, contrary to what men have been telling them their whole lives, they can do magic.

She also falls in love but I feel like that is more of a side plot. Luke is nice and sweet and supposedly very handsome. He’s from a different country that doesn’t treat its women like cattle and he’s eager to help Cynthia. Turns out a lot of neighboring countries want to help the women of Chardonia but it’s been difficult. The country has very restrictive laws on trade and crossing borders.

Cynthia has a pretty good natured attitude for someone receiving death threats. She is naïve but her father kept all the girls in such seclusion that she didn’t even know her own house was large enough to give each girl their own room. I’m going to assume all the women in this country are pretty naïve; they aren’t even educated beyond how to act like a proper lady. They are so oppressed that they aren’t aware that they have the ability to do magic or that women in other countries can practice.

She fights some very powerful warlocks in the tournament, but it was established that she has very powerful magic in her blood, more powerful than Serena. Though she is not as well practiced as the warlocks she fights, her hexes pack a punch.

The only real issue I had with the book was the typos. There weren’t enough to take me out of the story but enough for me to notice.

Overall, I was pretty happy with this sequel and I can’t wait to read the next one!